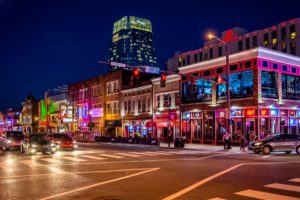 Found in the southwest of downtown, music row is the home to several city attractions in relation to the rich musical heritage in Nashville. The music row area is located on the 16th and 17th avenue south of the music square as it is popularly known. It is the place that holds the famous RCA Studio B, Columbia historic Quonset hut, the first recording studio found in music row, and the Owen Bradley Park, and the number of shops and upscale eateries. The area is also home to “musica” a large bronze statue designed by Alan Lequire acts as the music row centerpiece.

Developed and constructed in the 1950’s, it was considered to be the cities entertainment industry or the Broadway of Nashville. It attracted music industry bigwigs after David cob referred to Nashville as the ‘music city’ during a broadcast in the 1950’s.The city grew rapidly into one of the nation’s top centers for music recording, publishing, and performing.

After the singing of Elvis Presley, RCA Victor realized the need for a branch office in the southeast and chose Nashville where the famous RCA Studio B was constructed. Owen Bradley, ma staff pianist at WSM and RCA studio executive Chet Atkins were instrumental in the development of the Nashville sound, a smooth and sophisticated crossover style country music in the mid-1950’s a fusion of country and soft rock music called country pop. 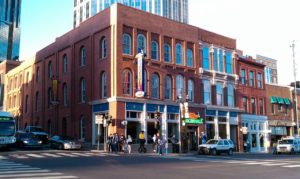 The music row neighborhood upon the establishment of the music studios progressed over the years to have radio stations and networks, publishing houses, music licensing firms and other organizations like video production houses that serve the music industry, this was the reason for the popular association of music row with country music industry just as wall street is associated with money. The area was also at some point the hoe to the country music hall of fame, and other small museums dedicated to individual stars of the genre.

Some of the attractions one can expect to see and experience are the RCA Studio B, which is open for public tours, a setting for the making of hundreds upon hundreds of hits by the legends of music such as Elvis Presley and Dolly Parton. The Quonset hut is another attraction open for touring.

This is the first studio to open in music row and was the setting for hits such as the lines crazy and Bobby Vinton’s blue velvet. Bob Dylan and Johnny cash also recorded here, adding to the importance of the studio.

Rather than taking a self-drive trip through the music row, a tour guided trip would be the best as the narration of the importance of the buildings would be a necessity to appreciate the music row in Nashville