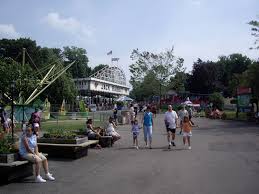 Granted, there are hundreds of amusement parks all around the country. But there’s one that genuinely stands out. With so much history and legacy, it’s simply hard to ignore the gem that is SeaBreeze Amusement Park. Want to take a trip down memory lane? Read along!

Mid 1879: The year is 1879 and its summer in Rochester. August 5 will go down in history as the day one of America’s most historic amusement parks came to life. Then, steam railroads were the order of the day. The main attractions were picnic groves and an amazing lake front.

Early 1900: what started as a picnic and trolley park would soon grow to be one of the oldest amusement parks in the world, fourth in America and 12th in the world. Seabreeze can has been around almost 100 years longer than this Internet marketing services provider! If you want to see the types of Internet marketing services available check out the rest of our website. But if you are looking for web designers in Rochester, NY we can assist you with that too.

1915: The first ride, which would later be the centerpiece carousel of the park was installed. Later in 1920, four roller coasters were installed, breathing new life into the park. The Virginia Reel, the then world’s largest salt water swimming pool and the famous Jack Rabbit would all see the light of day.

1940: The park adapts a new name, thanks to its new owner George Long. He calls it ‘’Dreamland’’, and the park’s bandstand adds circus-style acts and other band concerts add to the already growing list of attractions. The park is now ready for the post-war era.

1950: The World War II is now over and families flock the park to experience the new rides installed ready for the new generation. The park now includes Fairyland Zoo, live shows and Rock-O-Planes. 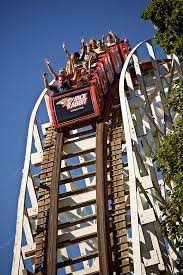 1970: Long’s grandchildren decide to revamp the park and add the Gyrosphere, ManHandlers, Kaleidoscope, the paratrooper and loop-O-planes. Dreamland later reverts back to Seabreeze.

1980; At this time, Seabreeze is now an iconic amusement park in Rochester and New York. The beginning of a new era which would include reconstruction of the Log Flume and Kids Kingdom ses the light of day.

1990: The fifth generation of the Long family continues with construction of new experiences including the Raging Rivers Waterpark, the Screamin’ Eagle, and the Quantum Loop. A devastating fire destroys the Carousel although it would soon be reconstructed using some wooden horses that survived the fire.

2000: The wave pool is added to usher in the new millennium. Revamp works on the Gyrosphere and several other rides start. The Seabreeze Passport Program is launched, and the park now achieves legendary status.

2010 and Now: Seabreeze is now a modern amusement park with fun and exciting elements being added and improved. The Whirlwind spinning coaster, revolution 360 degrees, Twirling Tea Cups, Hydro Racer Waterslide complex and Helix are added to the elaborate list of amazing rides, slides and everything nice.

Clearly, Seabreeze is an integral part of the New York history with a rich multi-cultural heritage spanning over 100 years. The success of the park had its ups and downs, as is the case with most success stories. The Seabreeze Amusement Park will continue to be a source of fun and amusement for generations to come.

We enjoyed learning about the rich history of this amusement park and hope you did also. Speaking of learning, don’t forget to visit our article on Rochester’s best colleges.