Nashville has played a significant role in the nation’s history for over two centuries. From its founding as a backcountry trading post to its ascendancy as the country music capital, Nashville has come to amass a significant number of sites and landmarks important to its history. Unfortunately, our Nashville SEO company did not make our list.

The John Seigenthaler pedestrian bridge is a must visit for anyone interested in touring Nashville. The bridge was built in 1909 and connects Nashville Riverfront Park and provides access to the Nissan stadium. The bridge is dramatically lit at night and acts as a symbol for the city. It offers excellent views of the skyline, the July 4th fireworks, and traffic on the water below.

The Ryman auditorium is another important landmark in Nashville, easily recognized as the “mother church of country music” it is one of the most famous buildings in Nashville. The auditorium was first opened in 1892 as a church but later gradually started hosting secular performances. The Ryman auditorium is also house to the grand ole opry, which has broadcasted from the Ryman for more than thirty years. It would be a great experience to catch a show at the Ryman Auditorium. Our search engine optimization agency enjoys going to events here and highly recommend it.

The marathon village is the Nashville based vehicle manufacturer. Originally the marathon motor works, the marathon village is a turn of the century repurposed factory for vehicle manufacturer, built in 1881. This historic landmark currently accommodates a number of commercial and event spaces, a home for the Greenbrier distillery and antique archaeology. It is also the filming location for ‘American peakers’ show which Aires on the history channel.

The Belcourt theatre opened in 1925 and was originally called the Hillsboro theatre. It was initially created as a  silent house, and at the time came to the house the most technologically advanced projection equipment of the period. It had the largest stage in the city and was soon hosting live performances as part of its shows. The Belcourt also housed the grand ole opry, just to add to its prestige. It is considered as one of the influences of the organization of the country music program due to its intimate atmosphere.

Nashville is also home to several unique architectural gems that are listed on the national register. The Downtown Presbyterian Church, also known as the old First Presbyterian Church opened its doors in 1948. It was the third church on site. It was used as a hospital during the civil war, Andrew Jackson attended service there, and is one of the last examples of Egyptian revival architecture. There are many Nashville hotels available to make it easier to enjoy the sites. 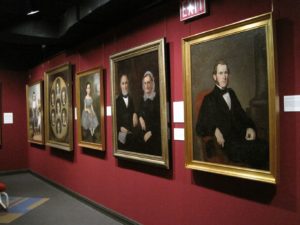 he Tennessee state capital designed by William Strickland, and was completed in 1859. It was fitted with a distinctive tower and served as a fort for Union soldiers during the civil war. The interior features works of art, frescos, murals and ornate chandeliers. The capitol grounds consist of several statues and tombs of President James Pollok and the first lady Sarah Pollok. There are plenty of Nashville hotels if you plan on a longer visit.

The Tennessee state museum is home to displays that chronicle the cultural heritage and natural history of the state from prehistoric times to the present day. The museum is located within the James Pollock building which also hosts the Tennessee performing arts center.