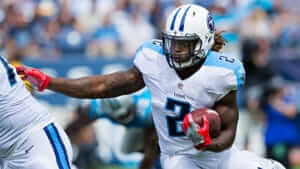 Nashville has some good sports teams which have achieved some recognizable feats in their career. These teams are revered and loved in Nashville and range between all sorts of sporting activities. Nashville’s nice weather makes it easy to go outside and watch an event of your choosing.

The predators are an ice hockey team well beloved in Nashville and Nashville’s newest major league team. As a team, they have done really well in recent years achieving the playoffs in 2017. They play at the Bridgestone Arena. Whenever they play it is a norm for police officers to be present, showing the importance of the team and the type of support they receive in Nashville.

They are a football team playing in the Australian football league. The Nashville kangaroos bring both the American and Australian culture to the table. The non-profit team is governed by directors and was founded in 1997, working to establish themselves as a prominent grassroots organization within the community. 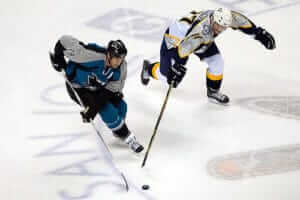 Established in 1978, the sounds were introduced as an expansion team of the double a southern league, they were replaced with a triple-A American Association team in 1985. The tipple a team carried the history of the double a team that preceded it with the sounds joining PCL in 1998. The team has served as a farm club for seven major league franchises and employed a total of 1200 players, having gone through a total of 27 managers. The team fielded a squad that was recognized as one of the 100 best minor league teams of the world.

These are a professional American football team based in Nashville Tennessee and compete in the NFL. Previously they were named the Houston Oilers and began playing in1960 in Houston Texas. The team won the first two AFL Championships and joined the NFL. The team first relocated to Houston Tennessee in 1997 and then moved to Nashville in 1998 and played in the Vanderbilt stadium. For those years they were referred to as the Tennessee Oilers until they changed their name to the Tennessee Titans. Our Nashville web design company is a huge fan of NFL football. We would love to one day provide web design company services to an NFL team.

The Nashville metros are an American soccer team based in Nashville Tennessee. The team was founded in 1989and most recently participated in the premier developmental league, the fourth tier of the American soccer pyramid, and was the longest continuously operating soccer club in the united states. Their first winning season was in 1995 with their 12-6 record on their first playoff appearance.

The Knoxville bears are a professional ice hockey team. Established in 2002 as a charter member of the Atlantic coast hockey league, the team has made the playoffs in every season of their existence. The team defeated the Florida seats to win their first presidents cup. They won the same cup back to back between 2007 and 2009.