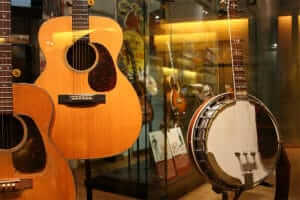 ALL ABOUT MUSIC IN NASHVILLE

Being the most populous metropolitan area in the state it is also home to the grand ole opry, and the country music hall of fame, and even goes by the nickname the music city. By the late 1950’s the cities record labels dominated the country music scene with the country slick pop genre.

As country music became more and more associated to Nashville, a string of clubs on Jefferson Street played host to some rhythm and blues and is where Jimmy Hendrix cut his teeth and Etta James rocked the house on her 1964 live recording, from the new era club.

Nashville is full of musical strongholds and activities sure to keep one busy, from the country music hall of fame where the world largest popular museum offers exhibits featuring the legends of country music both past and present.

Ride the row, which is a musical tour that takes an individual top RCA Studio B, where Elvis Presley recorded more than 200 songs is also found in Tennessee and is open for tour. The studio has also produced the greatest among them dolly Paton, Chet Atkins, Eddy Arnold, and many more.

The parathion in Nashville Centennial Park is another important site in the Nashville music scene. Housing an art gallery, museum as well as the le quires Athena parathion, standing at almost 42 feet, Athena s the tallest indoor sculpture in the western world. 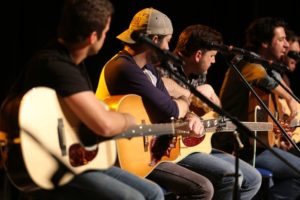 Nashville also has the Songwriter’s Show which acts as the best place to go for listening to some good music. Typically named writers night, songwriters are placed somewhere they are not used to being and play for some intimate audiences in small venues and concerts.

The Ryan auditorium also called the mother church of country music has had artists such as Elvis Presley on its stage and one can take a backstage tour and even record a song in the Ryman studio. The grand ole opry starts take the stage every Tuesday Friday and Saturday night, with surprise appearances from famous musicians.

Nashville newest sounds honor musicians from stars to those studio personalities that enable the music. It acts as the musician’s hall of fame hosting all types of artists from the red hot chili peppers to Hank Williams. The Johnny Cash Museum is located in the 3rd avenue and holds a comprehensive collection from Johnny Cash.

The patsy cline museum is just near the Nashville newest sounds and holds some never seen before artifacts for the songstress. The George Jones on 2nd avenue offers visitors never before seen look into the life and career of the musical icon., the Madame Trousseau Nashville friendly wax attraction also provides an interactive experience allowing viewing of real lifelike famous figures displayed by Madame thousands.