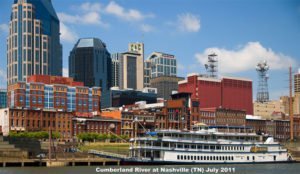 A FESTIVAL FOR EVERY MONTH IN NASHVILLE

The annual calendar in Nashville is always bursting with events that happen throughout the year, making Nashville a city full of interesting activities throughout the year. Let’s admit it, we all love festivals. Nashville being the home of country music, you’re guaranteed entertainment all year round. Let’s take a trip down each month and preview what’s on Nashville’s festivals calendar.

January brings with it favorites like the Martin Luther King Day, the Nashville boat show, where people come out to show off their boats and the sound and speed festival. These events happen differentially allowing for maximum attendance.

February is always almost all about valentines. Everyone is always super excited about valentines, and within the first days of February, one can already feel the Valentine fever in the air, with advertisers taking advantage of this unique holiday, through thorough marketing, as soon as February begins. However, apart from valentines, February brings with other types of shows and festivals such as the antique shows found in the state including the heart of country antique shows and the annual antique garden show.

March brings with it the festival of Saint Patrick’s Day and the approach of Easter is a huge indicator that spring is just around the corner. During March some of the festivals are the annual Nashville and Tennessee cheek wood wildflower fair and the more popular tin pan south songwriters test.

April showers bring with it the mules day, where they celebrate anything to do with mules. The music of gospel music week is another important event of April, with the dove awards another eagerly awaited event.

With May, apart from the important mother’s day celebrations, it also brings with t memorial day, which allows everyone to participate in the remembrance of people who participated I the armed forces. The month however also has the Tennessee strawberry f3estival which kicks off as well as some local vineyard wine events. It can be said to be the wine month. 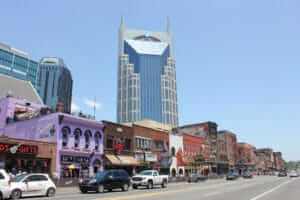 June brings with it a music festival month, as most if not all events associated with June are always about the music, from the Bonnaroo to the CMA music festival.

July being the fireworks month due to the vents often witnessed on July 4th, brings with it a lot of firework festivities, which can be witnessed at the riverfront fireworks event. The month also offers a ton of opportunities to bring a lawn chair and sit a spell.

August is reminiscent of going back to school, however, it also brings the annual sales tax holiday. Being an end tie and a near end of the summer, it also has a few festivals of its own such as the tomato art festival, miss mothers old fashioned ice-cream cranking and the Nashville Shakespeare festival.

October brings with it the witches ghouls and goblins roam throughput Nashville every October as part o their festivals; however, there are other events which happen during this time such as the Opry birthday celebrations and the Oktoberfest.

November sees the quieting down of the city, however, there are still festivals that go down during this time such as the season of celebration festivals and the wine down main street festivals.

December sees a busy Nashville; this explains the quiets previous month of November as everyone is preparing for the December holidays. Apart from the normal Christmas holidays, the month brings with it such as the Opryland country Christmas event, the Nashville holiday lights, and the Belmont candlelight tour.